You might have heard of the new ‘hit’ TV show on Comedy Central called Detroiters? We certainly haven’t, but this Made in USA New Balance 998 which pays homage to the show has got us interested. Who knows, we may even check out an episode!

Detroit based creative agency Distinct Life have got together with Detroiters to create this New Balance 998, which takes it’s colour inspiration from the office shared by the show’s main characters Tim Cramblin (Tim Robinson) and Sam Duvet (Sam Richardson).

The shoe is decked out in premium suede and features the Detroiters logo embossed on the heel with an image of both the show’s main characters on the footbed.

We’re not too sure of the exact release details just yet, they might even have been released already, who knows, but we’ll let you know when we have some more info! 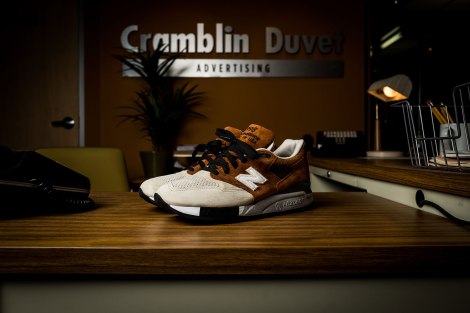