Japanese heavyweights mita sneakers are famed for their collaborations on the New Balance 580 over the years, so obviously, to celebrate the 20th anniversary of the model, mita sneakers have got to be involved!

However, It’s not the traditional 580 though, instead, New Balance and mita have come together to work on the MRT580, and in the year 2016, 110 years after New Balance was born (lots of anniversaries in 2016 clearly), they’re taking the originals and continuing to reinvent them.

For this collaboration, there are three main people involved, Naotake Magara of A-1 Clothing, Yoshifumi Egawa of Hombre Nino, and Shigeyuki Kunii of mita sneakers, who have created this navy, white and red colourway on the sleek seamless upper of the New Balance MRT580.

Everyone who knows mita sneakers is familiar with their famous chainlink fence which features in all of their product shots, collaborations, and so on, so we see the chain link fence image on both insoles. 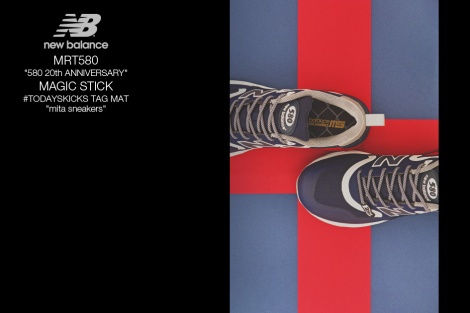 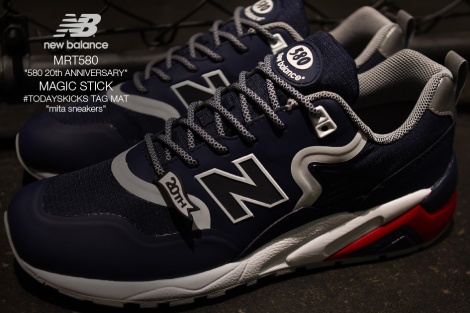 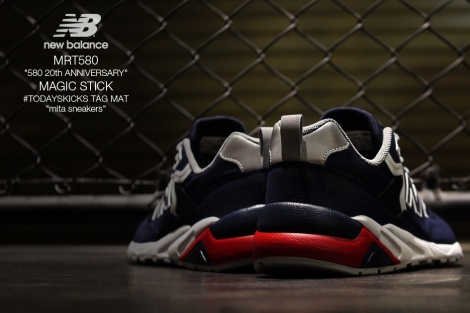